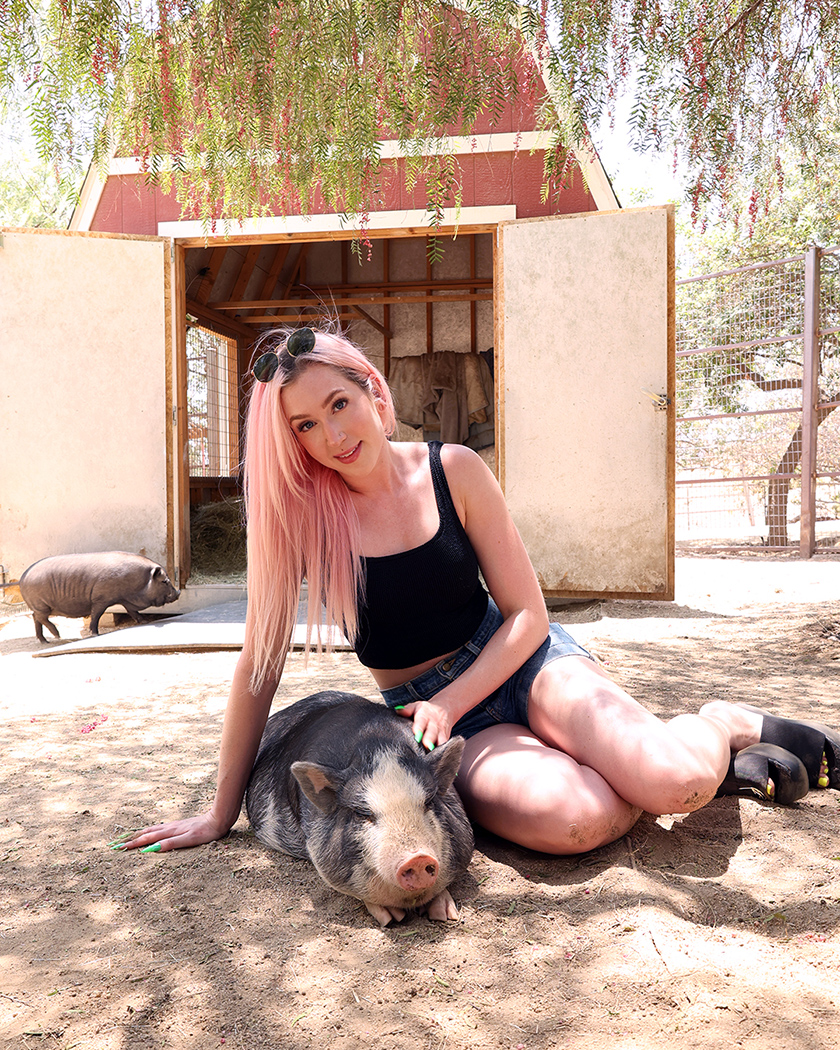 I’m so grateful for the recent attention that this post has received! I don’t use this blog much anymore but would love to keep in touch with you on Instagram and TikTok.

I can’t believe it has been over 5 years since I wrote this post. I never thought that it would get the sort of attention that it did, but I’m grateful to have played a roll in helping karma catch up with Kier/Keir/Claire. Since this post was originally published in 2015, not much has changed, but there has been a handful of interesting developments. Keir began to slowly but surely publicly unravel, proudly taking a pro-Trump and anti-mask stance. After a video of her accosting a black police officer received some attention online, she changed her online name to Claire Banks (Claire Banx) in an effort to escape her tarnished reputation. In hopes of clearing her other name where she could, she reached out to me a week ago to offer to pay the court ruling with the contingency that I remove this post and sign a contract saying that I never write about her again. Maybe one day she’ll realize that sometimes people have a driving force other than money.

Finally I can share something with you that I have been keeping secret for the past 10 months.  I have been dealing with a horrific lawsuit.  Let me start back at the beginning.

In September 2014, I was hired by fashion blogger Keir McGill (aka Kier Mellour) from E!’s House of DVF to be her blog co-editor, photographer, and personal assistant.  If you watched the first season of House of DVF, then you will be familiar with the bitchy blond who came in 3rd place.  If you happen to read her blog, you might remember her whining about how the show was edited to make her seem like a villain.  Let me set the record straight: Keir is the cruelest and most manipulative person I have ever encountered.

At the time that I was employed by Keir, she had not yet been paid in full from the TV show, so our contract stated that my pay would be deferred until she received her final check.  I worked my ass off, and provided Keir with 33 photo shoots and wrote 11 blog posts for her.  I drove her all around Los Angeles to various blogger events, and did all manner of bitch work for her and her disgusting (now ex-) boyfriend Roger Crandall–everything from getting them groceries, to taking care of their dry cleaning, to carrying stuff around for Roger if it was too heavy (he is a 6’3″ beefcake, mind you).  On December 21st 2014 I went with them to the House of DVF finale event to take photos.  I was excited because I knew that Keir would be receiving her final check that night and I was thrilled to finally be reimbursed for the 124 hours of labor that I had provided.  However, that night was the last time I ever saw her.  At first I was confused about why she would not speak to me, but then it became painfully clear to me that she was cutting me off so that did not have to pay me.  After I sent her a couple of invoice reminders, she had a fake lawyer (he failed the Bar and it is illegal for him to practice law) threaten me with a restraining order.  At that point I realized that I needed to get serious and take her to court.  Since I did not have any written proof of a wage that we agreed upon, I knew that my court case would be the strongest if I sued her for only minimum wage for the hours I worked.

Our court date was May 19th, 2015.  I brought Brian with me.  I had a binder with me full of approximately 300 pages of evidence–all of the photos I took and posts that I had written.  When we exchanged evidence before our case, she handed me a few pages of random emails that she had printed out and I handed her my huge binder.  Roger flipped through it with noticeably shaking hands, telling me that I had “nothing”.  When we stood before the judge, I chose to read a preprepared testimony.  My testimony was cut and dry: I had proof I was employed.  I had proof of the work I had done and the hours I had worked.  California state law requires that all employees are required to be paid at least minimum wage.  Therefore, I was owed minimum wage.

Keir had nothing prepared, but rambled about how, as payment, she had given me exposure and how events she had brought me to as her photographer had given me goodie bags.  She whined that the show had not paid her enough or brought her enough deals afterwards to allow her to pay me anything.  She said that my job was actually commission-based, and I simply failed to make any commission due to my own negligence.  Please note that even if this were true (I presented plenty of evidence to the judge that it was not), it would still be illegal since California law states that if commission is not greater than or equal to minimum wage, the employer must provide minimum wage instead.  You’d think her “lawyer” would have informed her of this before she said so in the courtroom.

A few days later I received the judge’s decision in the mail.  He awarded me more than I sued for…Clearly he realized how disgusting of a person she is.  I wish I could say that my tale ends there, but unfortunately it doesn’t.  After a month of still not receiving payment from her, I got a notification that she appealed our case.  I would have to go back to court and do it all over again.

On July 13th, I went back to court again with Brian.  This time she came with her phony lawyer and her mother.  Before our case was heard, her “lawyer” asked to speak to Brian alone.  According to Brian, Neil offered him $300 to forget the case and walk away.  Brian said no.  Neil asked what we did want then, and Brian said minimum wage.  At that point Neil raised his voice and said “You will never win, and even if you do, she will NEVER pay”.  When it was our turn to stand before the judge again, I began to read the same testimony as the time before.  Keir was unprepared again and for some reason did not bring any evidence with her.  This time her testimony was completely different than the time before.  She stated that I had volunteered for my position, and also that House of DVF had not paid her at all other than to reimburse her expenses during filming.  When the judge asked to know how much the show had actually reimbursed her for those expenses, she would not answer right away.  Finally, she reluctantly stated that it was $11,000.  At that point the judge had heard enough and our case was over.

When I received his judgment in the mail, of course I won again.  Sadly, this is the end of the road and I will never be able to actually collect the settlement.  I have spoken to several lawyers and Keir has done what many masterful scam artists do in these situation: she moved out of state and closed all her bank accounts.  While she flaunts tens of thousands of dollars worth of new designer purchases on her blog, she still refuses to pay her former employee minimum wage.  My husband and I make a very good living, so this money is not significant to me.  What truly disappoints me though is that she thinks she triumphed and I’m sure is feeling beyond pleased about it.  She is the embodiment of every bully I have ever encountered, every abusive boss, every company trying to take advantage of an artist.

Even though Keir thinks she won, what she doesn’t know is that this is not just a moral victory for me.  I emailed Diane Von Furstenberg at her personal email address and recounted all of these details to her.  I was surprised and delighted when she replied, saying that kindness will always prosper.  So in the end, Keir did pay.  She lost her one major connection to the industry she is trying to claw her way into.

Unrelated photos of me visiting The Gentle Barn: 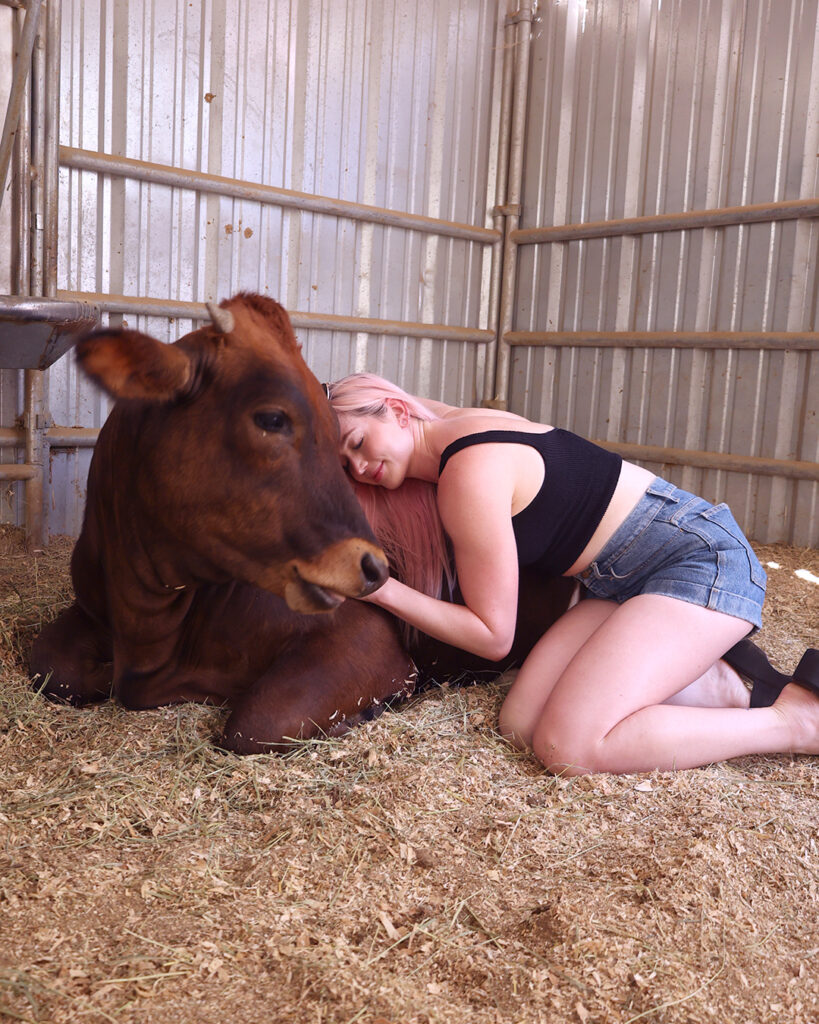 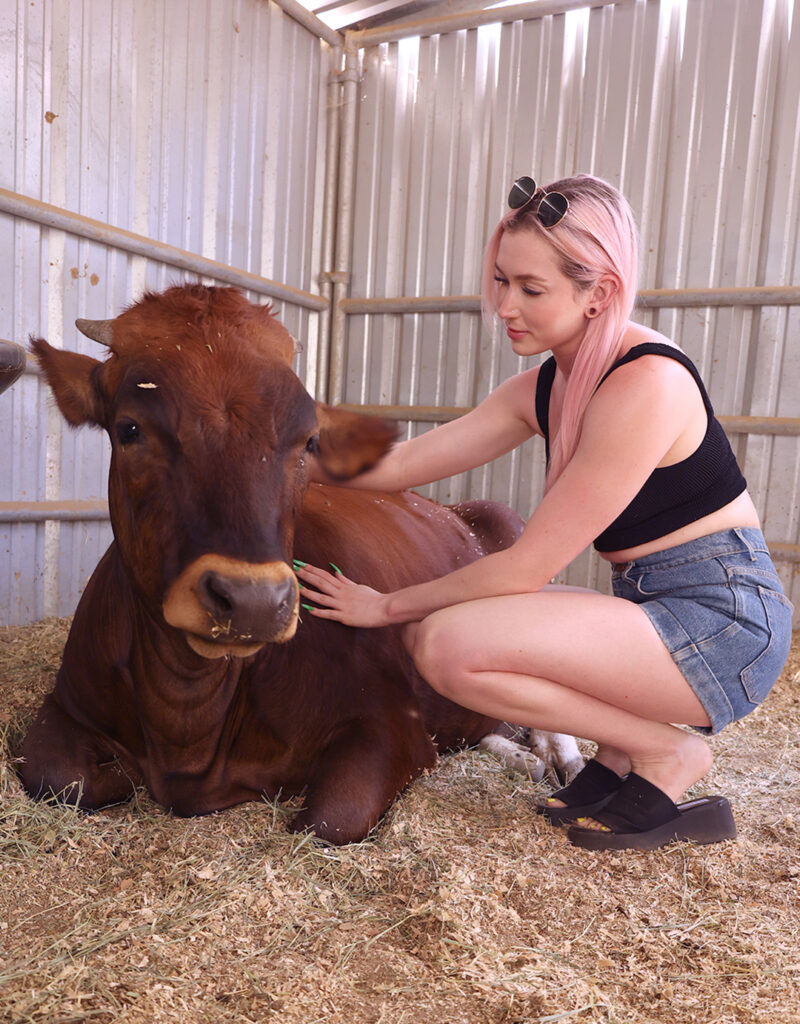 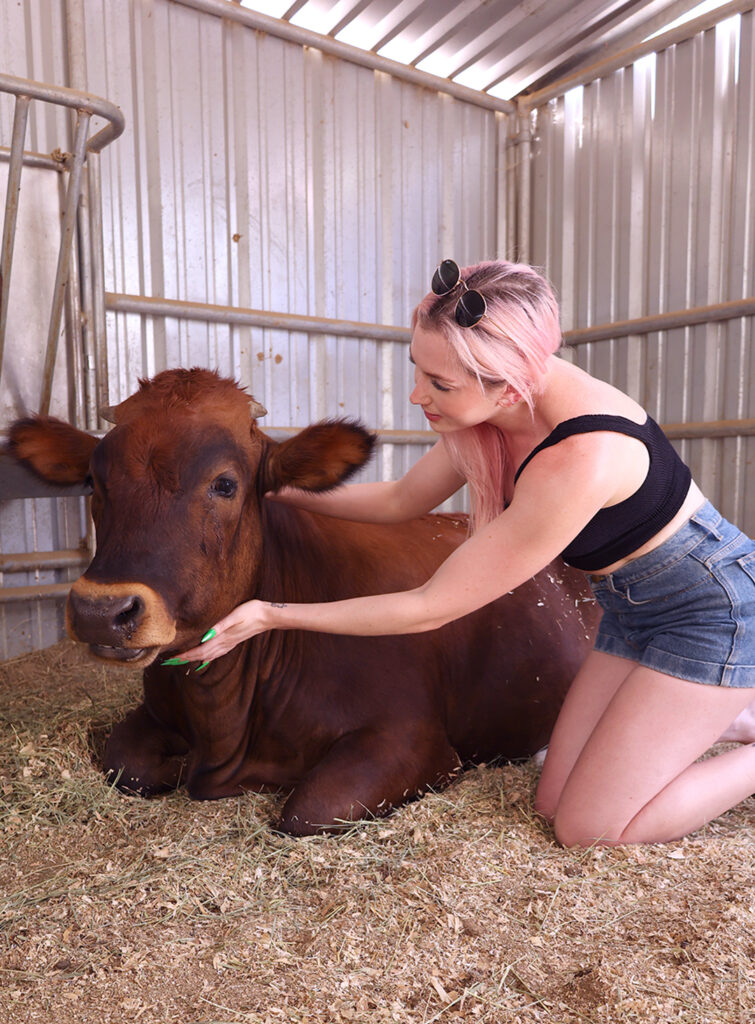 Posted By: Emily · In: Clothing, Lifestyle

Emily is a LA-based cruelty free beauty blogger. Aside from her goal of promoting animal-friendly products and advocate for dogs in need, the aim of her well-loved colorful imagery is to evoke a sense of happiness!

Like what you see here? Check out more fashion recommendations in our Shop! Shop Now! 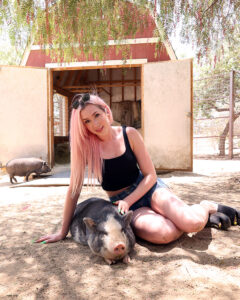